Kosher certification generally refers to products related to the Jewish diet. Jews are mainly distributed in dozens of countries such as Israel, Russia, the United States and Canada. They believe in Judaism. The Jewish diet culture is reflected in its Dietary Act. According to this decree, they have a "five no eatting", "one compliance" and "one prohibition" food regulations.

"Five no eatting" means they do not eat animal's blood; do not eat animals who die naturally; do not eat some muscles in the back of cattle and sheep; do not eat pigs, rabbits, horses, camels, turtles, snakes, shrimps, shellfish, insects, squirrels, and savage beasts that are winged and crawling on four feet; meat and milk cannot be consumed in one meal.

One compliance is that cooking must comply with "Terry", which means, do not add the ingredients when you can not determine whether it is clean, do not eat the dish that is not cooked properly; The foods that meet the canon should have the kosher certification mark.

"One ban" is the Sabbath (Friday sunset to Saturday sunset). You can't cook so as to get rid of all the chores and distractions to "cultivate your body"; the Sabbath food should be prepared one day in advance.

Kosher food is produced according to the Jewish dietary regulations. It is strictly forbidden to use raw materials such as pork. In addition, some raw materials must be specially prepared before they can be eaten. More than two-thirds of Kosher food buyers in the US are not Jewish, meaning that the motivation to buy Kosher food is not just for religious reasons. Other buyers include Muslims, 7th Adventist, vegetarians, dieters and consumers looking for quality food. 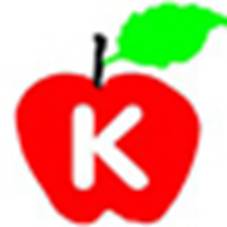